All prints posted FREE within the UK! 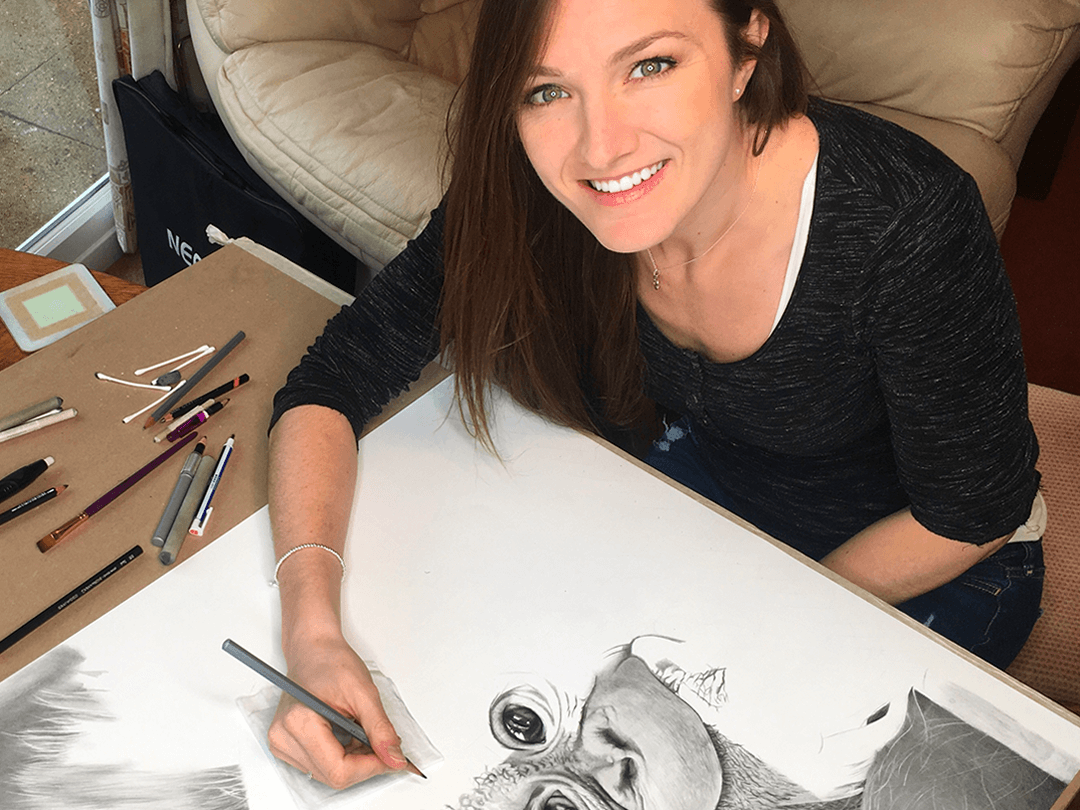 I am an extremely passionate person. Musical theatre, music and drawing are a few loves in my life. But animals, animal welfare, loss of habitat, human impact on climate etc have become such important issues to me and ones that are of most importance at this point in time when more species are becoming extinct every day and we are racing towards a point of no return.

As a child I loved animals. I remember crying so hard as I buryed a squirrel that my pet cat killed and then spending my day at school so upset. I think most people would agree that witnessing an animal in pain is not nice…but I didn’t know the half of it.

As years passed I found out about the fur trade, animal testing, dog meat festivals, abuse of circus animals, drugging of tigers for tourism, bear bile factories, Tennessee walking horse soring, elephant-riding abuse, dog fighting, Dolphin hunts, seal clubbing, fox hunting, bull fighting, elephant poaching, wolf trapping, slaughter houses, the dairy industry and factory farming to name a few. The list goes on. And on. That’s without even talking about habitat destruction and climate change. The knowledge of these atrocities weighed heavily on me and animal welfare has been a concern of mine for years.

I heard the great barrier reef was dying. I heard the rainforest was being destroyed. I heard more and more about these things that I just didn’t want to happen and felt powerless to stop them. Could it really be true that the diversity of wildlife we share this planet with could be diminished to chickens, cows and pigs? How was this happening? So, I looked into it further and very quickly realised that my lifestyle was not in line with what I was so passionate about; animals and animal welfare. This began a big shift for me and is now a part of my very being. I chose to start a journey moving away from all animal products about 4 years ago and have never looked back.

I have experienced some incredible things; swimming at the barrier reef, watching Rhino and elephants against the backdrop of the African sun, orcas swimming and playing with the freedom to swim the whole ocean . I wanted to celebrate these animals that I was scared may not exist for future generations other than maybe behind bars at a zoo. To begin with it wasn’t about communicating a message….it was just out of a personal need for expression of some kind and to dedicate time to the study of these creatures. That is where my first real pencil studies of animals came in.

I am now so inspired by the many other artists who I have found to have passions in line with mine and am hoping to join the movement of animal artists raising awareness and money in support of conservation work to try and keep these animals here with us.

✏️ Such a wide range of guesses on my story ab

Finally… here is Bertie in all his glory!! This

Last pieces of this puzzle and probably my favouri

Roll up roll up… this is Raffles the Maltipoo!!!

Who is this?. . . With lighter dogs I sometimes st

Here is Soba, the black lab! I was given a few dif